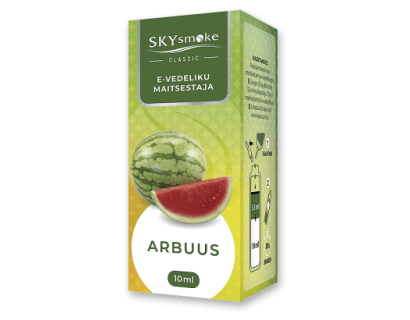 This watermelon flavored e-liquid aroma is a favorite option for many people because its fresh and juicy taste is very similar to natural watermelon. Try combining it with different liquids and see for yourself!