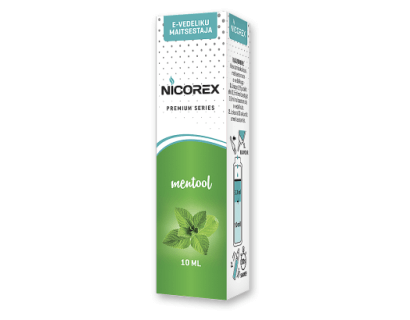 The menthol e-liquid aroma is not very sweet - to the contrary - it gives vaping a hint of fresh menthol which much resembles regular menthol-flavoured cigarettes. Menthol is known for alleviating the coarseness of tobacco smoke.