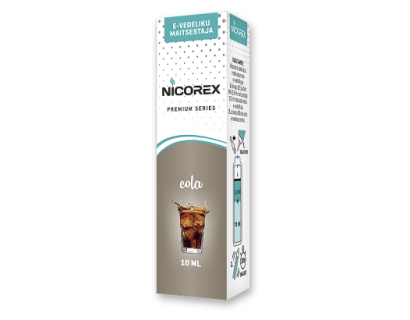 The cola e-liquid aroma features the taste of the commonly known drink. Refreshing and crisp.