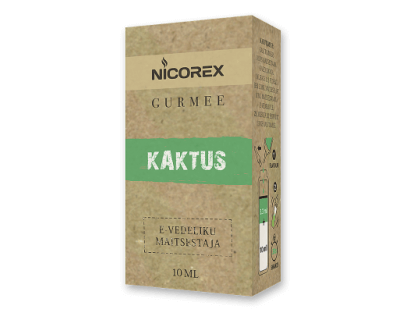 The cactus-flavoured e-liquid aroma from the Nicorex Gourmet range has a mild taste with a lingering hint of citrus. You could say that this flavour is a safe bet for many. In real life, cactus reminds us of a thorny plant, but in the e-liquid aroma its taste is rather mild and soft.