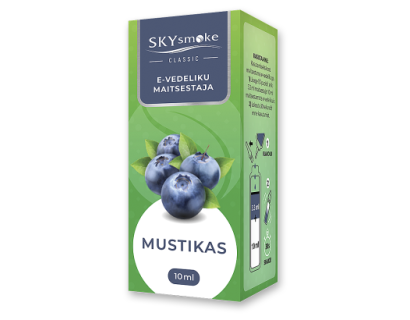 E-liquid aroma SKYsmoke Blueberry has a mellow taste and is a great choice for any vaper who craves a sensation of freshness and wishes to relive the memories of the previous summer. This e-liquid aroma is memorable for its natural blueberry flavor and has become a very popular choice among vapers.